Steven Lim was reported to Police for Scamming a Malaysian Female, 25 SINGAPORE – Steven Lim, the infamous celebrity, was reported to police for scamming. As many are aware, Steven Lim was operating a company called Eyebroswer Trading & Marketing, located at 642 Ang Mo Kio Ave 4, #02-3049 (S)560642. After some research, the address was believe to be his house address.

The victim was a Malaysian female, 25, Yvonne Tan. She wrote:

“He claims to be a famous Singaporean Artist who has singed up over 2600 models. He uses all sorts of tactics to try and scam people’s money. He starts off by asking you to fill out a survey, I was a bit naiive and ended up being cheated out of my money. Please be careful of this crazy guy who hangs out at Orchard Road.

“When I wanted to leave, he shouted out at me!

“Please share this so that everyone can be aware and not be scammed by this crazy guy.

“I have made a police report already. This is the first time that I have ever made a police report in Singapore. Apparently, some of the Police know him. When they heared his name, Steven Lim, some of them started laughing and shaking their heads. Obviously I am not the first person to have been cheated of money as the Police even know who he is! “ 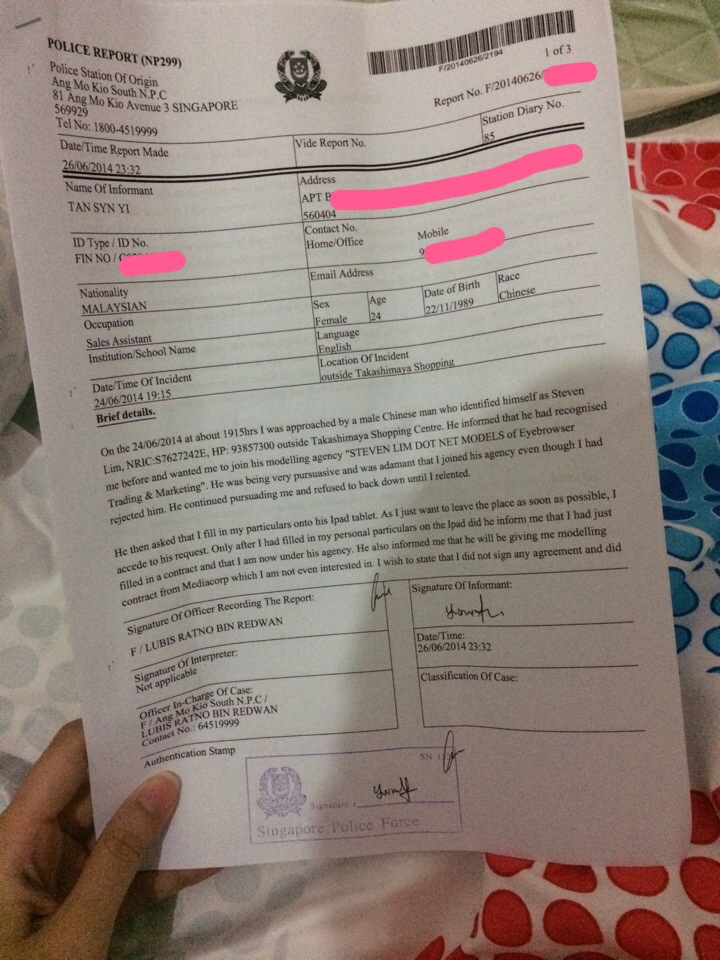 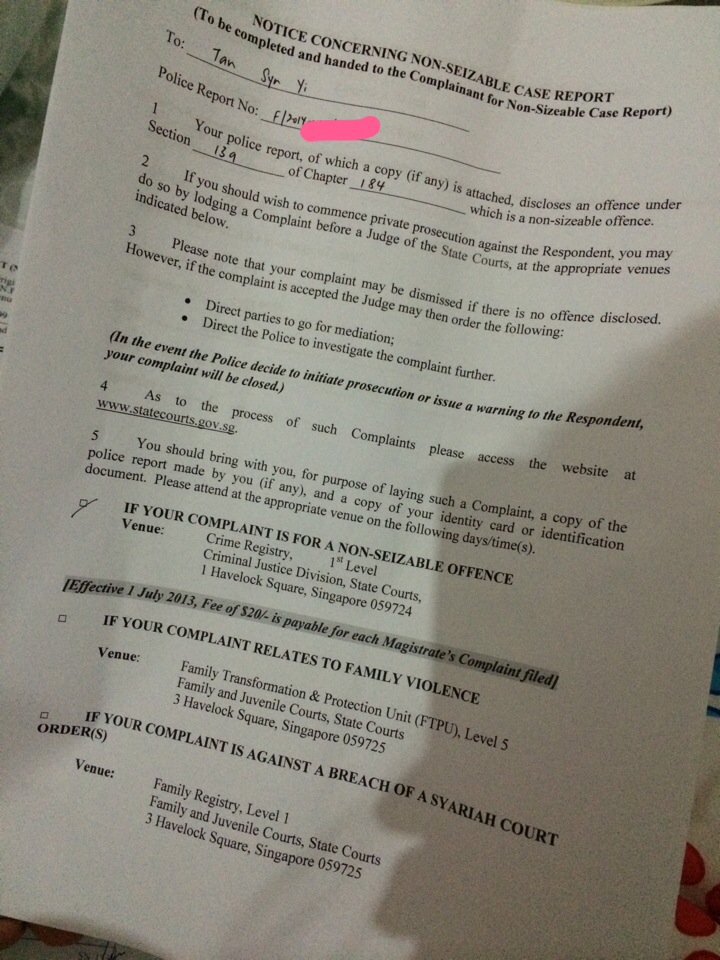 “If he was a legitimate businessman, he wouldn’t need to lurk around in shopping centres waiting for innocent girls to walk by. When he saw me, he shouted out at me very loudly in public saying “It is you! I have chosen you! I am superstar Steven Lim.”

“You shouldnt be forcing people to sign a contract with you if you were a legitimate businessman. In the end, I had to pay him money in order to get him to leave me alone. I kept trying to leave and rejected him but he wouldn’t let me leave.

“He kept on embarassing me in public by singing and dancing around me and chanting that he had given me a chance, he kept saying “I am Steven Lim, and I have chosen you”. He also said things like “chances like this don’t come around often”. He also wouldn;t let me to call my friend for help on the phone and he pretty much forced me to sign the contract without giving me any chance to consider it.

“He kept asking me for $300 and said that he will accompany me to an ATM so that I can pay him.

“He kept showing me his income tax statement and saying that he is a high income earner. He also showed me a bunch of messy contract which didnt even make sense. Then, he showed me a video of him in a movie ‘kara king’ and saying how he acted in the movie to try and show that he was a “superstar”.

“He brought up an agreement on his iPad and said that I needed to sign it. It was some eyebrowser trading & marketing agreement. When I told him I didn’t want to sign, he said I had to.

“He said that he had nurtured many of the current MediaCorp actors.

“Trying to convince me, he said things like “If I am lying, let my whole family fall ill and die in a car accident.”

“Then, after I exposed him online, these past few days, he has threatened me and demanded that I make a public apology for calling him a scammer.

“I am not going to do such a thing. I shouldn’t have even given this crazy guy $300.

“He does his “business” in such public places and openly scams young girls. I hope that you can all be aware of him and his tactics so that you dont fall victim too.”

However, Steven Lim seem to be a official Mediacorp partners for talents engagement. UPDATED on 10/1/2015: We have receive an email from Steven below is the message:

“Dearest Editor, please kind refer your recent article about me and the official letter from the police after they asked me down to central police for questioning about some police reports and questions from the public.”

“Those malicious accusations by these people are definitely false and lies.  The Central Police has already confirmed the legitimacy of my agency with the letter.  Please kind remove your post because it has caused me a lot of huge inconvenience and misunderstanding with your article to me and my agency.”

“I had already sent a lawyer letter to Tan Syn Yi for defamation and her lies.”

Steven also attached a image as shown below to us.