Just last week, the restaurant started offering 2 rabbit-based dishes, 1 of which is a rabbit hotpot. The Facebook post, unfortunately, has been taken down at the time of writing. 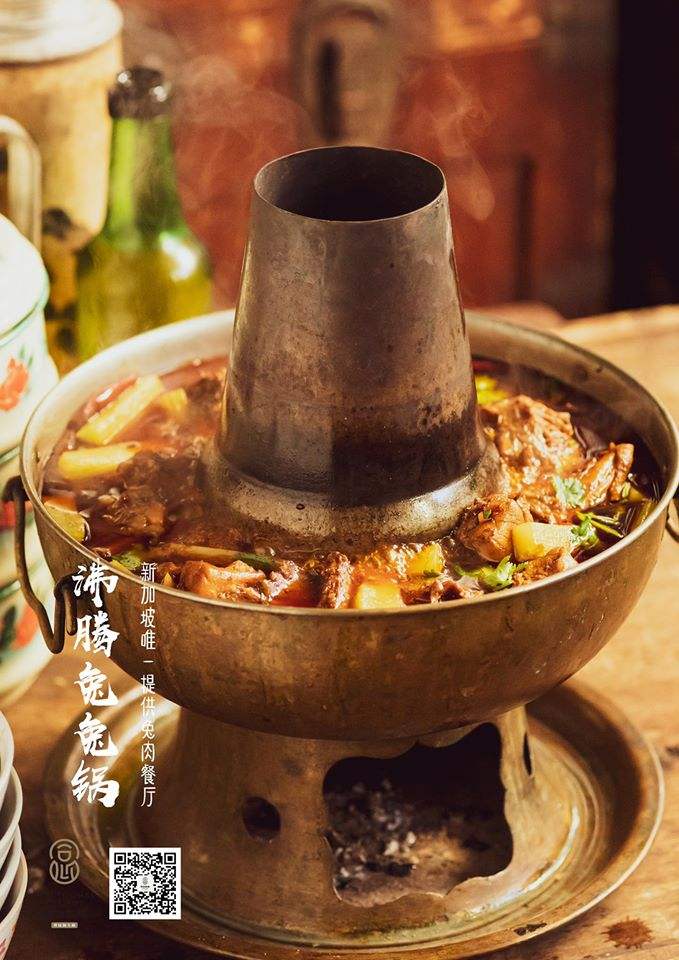 On Friday (6 Dec), Lianhe Zaobao reports that reactions are mixed. Some are willing to try it while others, especially bunny lovers, are saying they’ll avoid it like the plague.

Rabbit welfare groups like Bunny Wonderland and House Rabbit Society Singapore have even started a petition against the dish.

The owner of Tong Xin Ru Yi Traditional Hotpot (同心如意传统铜火锅) shared that he wanted to bring the rabbit dishes for Sichuan natives staying in Singapore.

Rabbit is apparently used in many dishes in Sichuan.

Mr Zhang has also applied for a license that allows the restaurant to import rabbit meat. Rabbit meat can be found in the list of meat products allowed to be imported into Singapore.

According to Lianhe Zaobao, Mr Zhang had bought a whopping 600kg of frozen rabbit meat in November. 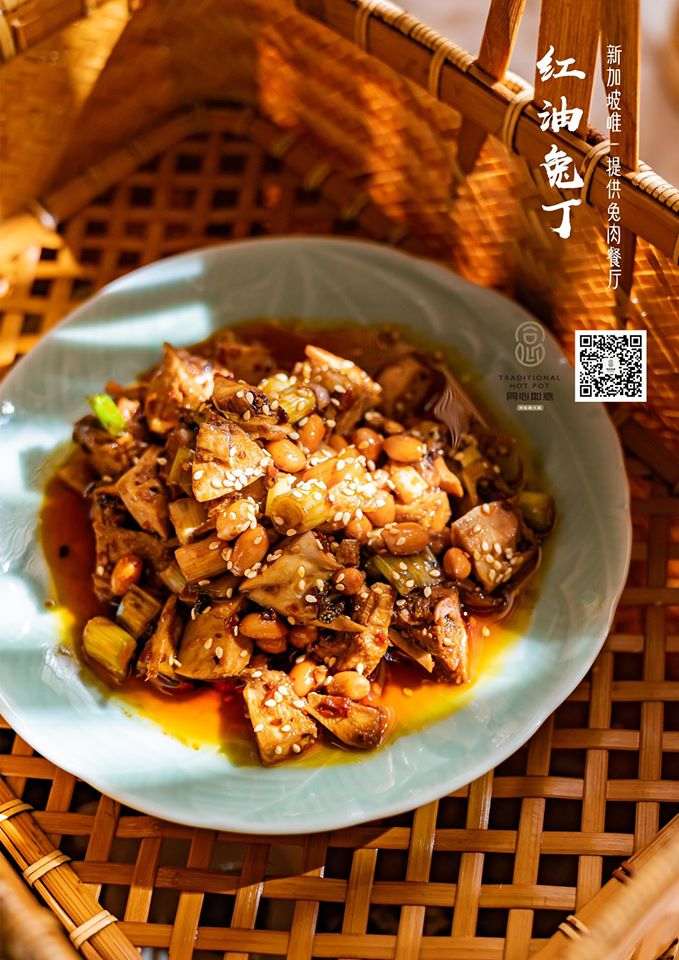 If you want something more ‘warming’, there’s the Rabbit Hotpot. Think mala hotpot, but with rabbit meat. 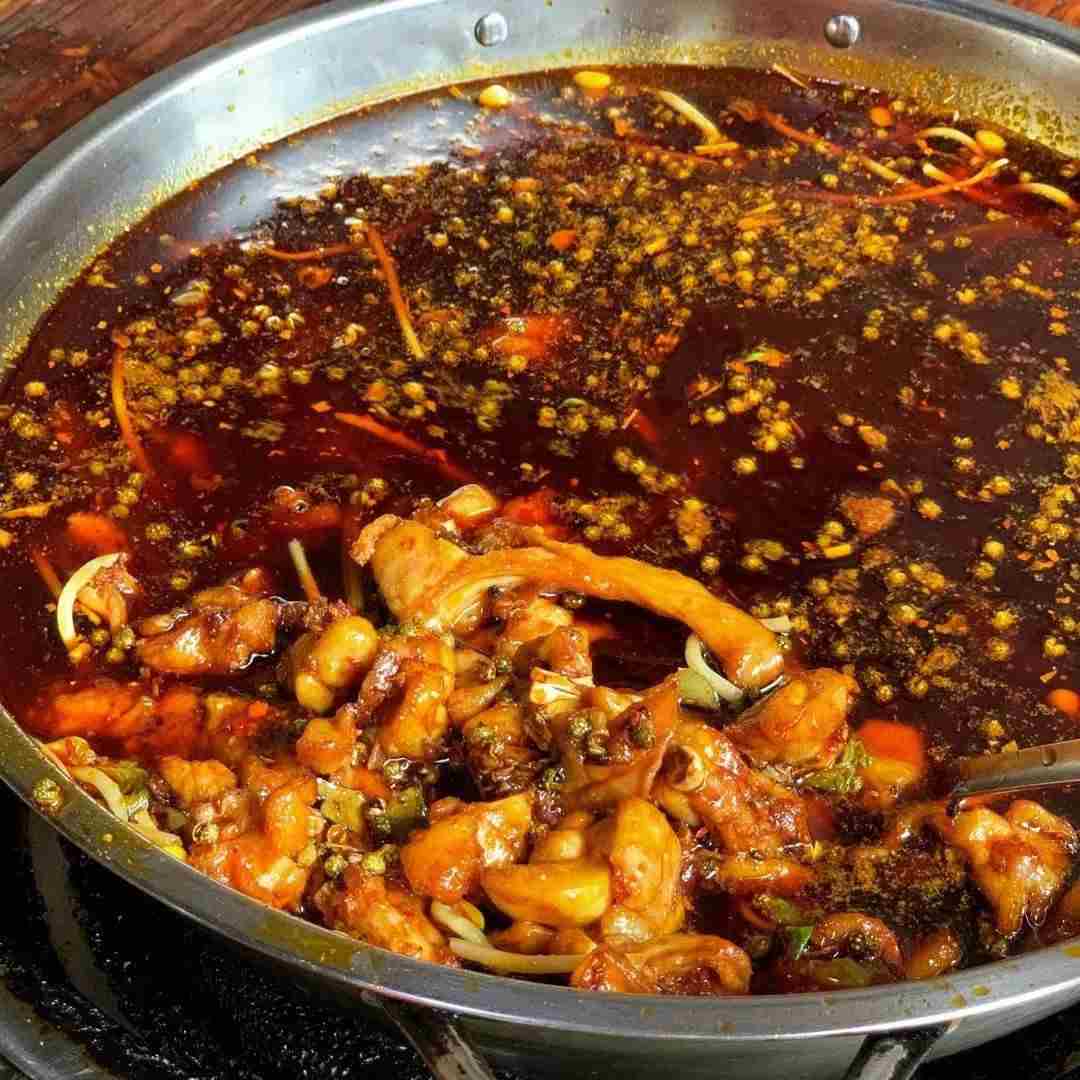 Divided responses over the dishes

Mr Zhang shared that he “received many orders from Sichuan customers” after introducing the new items. The restaurant apparently sells an average of 20kg of frozen rabbit meat every day.

Only 20% of those who tried the rabbit dishes are Singaporean.

Mr Zhang believes this is due to the fact that Singaporeans are not used to the taste.

In Lianhe Zaobao‘s survey, some see rabbits as pets and are not willing to try the ‘exotic’ meat.

However, to Sichuan natives, rabbit meat is a popular delicacy said to be nutritious and tasty.

One Sichuan native surveyed explained that while she understands that not everyone can accept the dish, it’s similar to people who keep pigs as pets — everyone’s definition of what’s ‘normal’ is different.

In an interview conducted by RedAnts, only 32% of the participants said they wouldn’t mind trying the unusual protein. 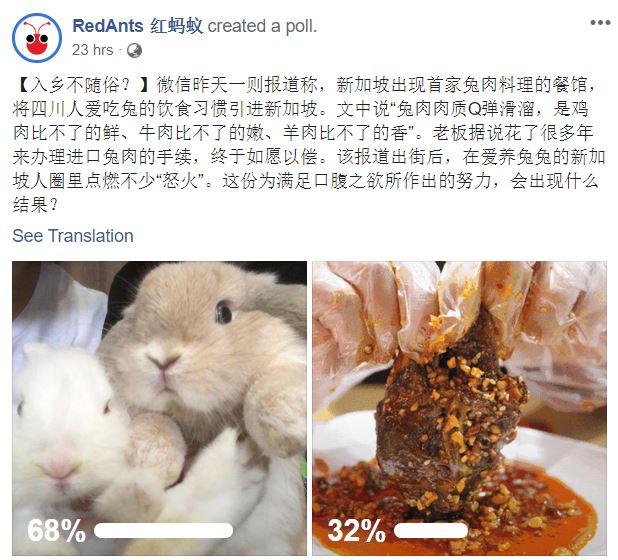 Naturally, the bunny loving community was triggered upon finding out that rabbit meat has become an ingredient for hotpot in Singapore.

Rabbit welfare group Bunny Wonderland immediately launched a petition Say “No” To Rabbit Hotpot, saying that rabbits are the third most common household pets in Singapore. 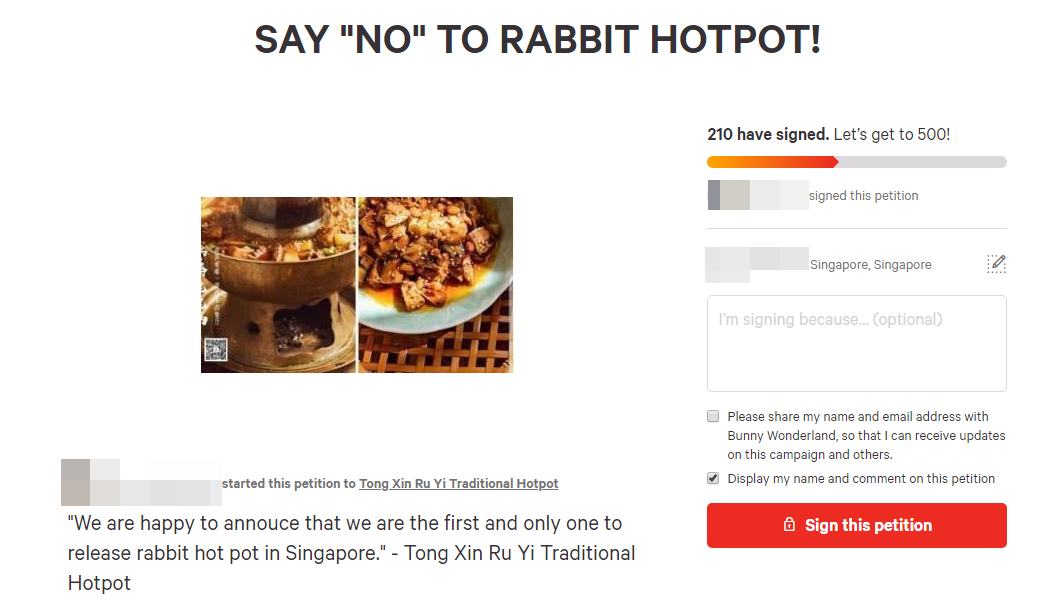 They’re also requesting for the restaurant to remove rabbit hotpot from their menu. They wrote,

If this dish is allowed, does that mean there will be cat stews and dog barbecues soon? This cannot happen!

At press time, the petition has garnered over 300 signatures. Some of them left comments explaining why they were against the business. 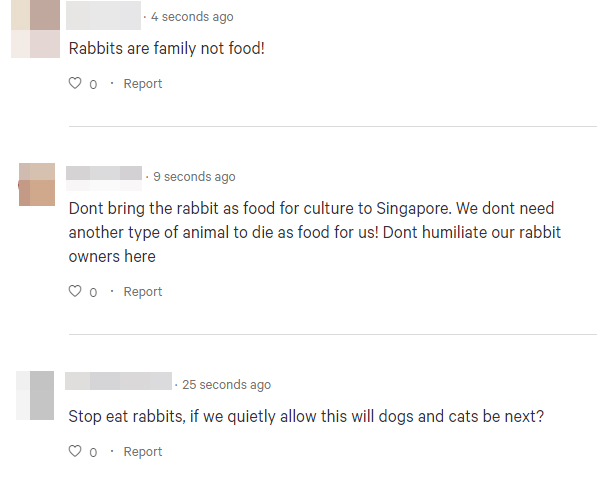 Which side are you on? Share your thoughts on the dishes in the comments below.